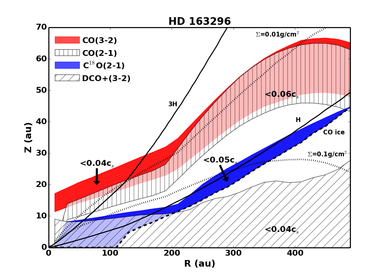 Kinematics of Gas in Protoplanetary Disks
One of the fundamental properties of the disks around young stars is the kinematic motion of the gas. This is dominated by Keplerian motion, but turbulent motions are crucial for setting the collisional velocity, and hence propensity for growth, among the smallest grains. Deviations from Keplerian motion, such as eccentric motion, may be a sign of planetary influence. I use ALMA observations of molecular line emission to study the gas kinematics in protoplanetary disks 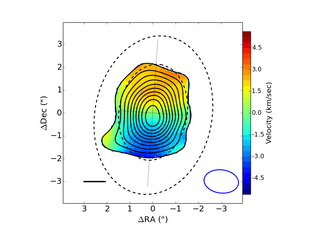 Gas in Debris Disks
While gas is a dominant component in young protoplanetary disk systems, its influence, and even its prevalence, is less well understood in older debris disk systems. Searching for and characterizing the gas in debris disks can tell us more about the era of planet formation. 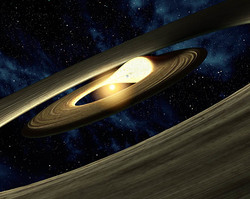 Infrared Variability
Recent surveys have found that many circumstellar disks are variable in the infrared on short (daily to monthly) timescales. This variability may be a clue to the structure of the inner disk. I am using the Spitzer Space Telescope, along with various ground-based optical and infrared telescopes, to characterize the properties of this variability and its connection to the accretion of gas onto the star.
ALMA disk code:
In learning to become a radio astronomer, I have developed a number of tools that may be useful to other researchers working with ALMA data. This includes an introductory document explaining how to load and analyze ALMA data within IDL or Python as well as python scripts for calculating visibility weights, and a deconvolution tool for quickly, and roughly, estimating surface density structure from gas and dust emission. All of this code is available on my GitHub page
Current Students:Past Students:
Python Cheat Sheet: A handy guide to common (at least to me) Python commands
Intro to MCMC: An introduction to Markov-Chain Monte-Carlo for the complete novice, with links to more extensive resources
Powered by